The classical serenade will include songs like When You Wish Upon A Star, A Tale As Old As Time, A Dream Is A Wish Your Heart Makes, Under The Sea, Let It Go, and other fan favorites!

Candlelight: Songs From Magical Movie Soundtracks will be held at The Industrial Las Vegas, which is right between The Strip and Downtown.

Fever is also hosting other Candlelight orchestra series at The Industrial Las Vegas!

All of these will feature two performances per night at 7 pm and 9:15 pm. Tickets for these shows also start at just $35.

Sit back and unwind as you listen to these beautiful performances in the heart of Las Vegas. 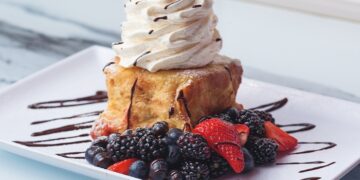 Where to Grab Dessert on The Strip

You Can Now Eat Inside the Bellagio’s Famed Conservatory